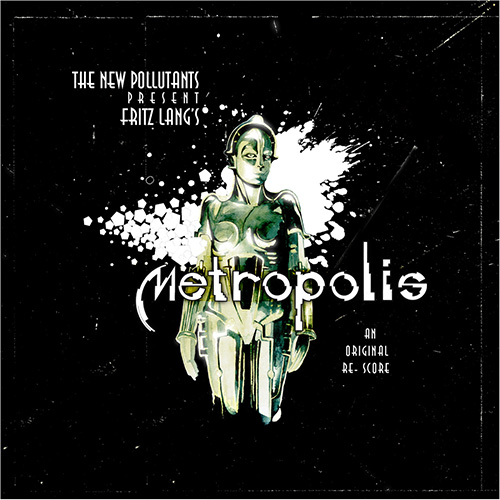 The New Pollutants composed and recorded a new soundtrack to the silent film Metropolis and premiered it live at the 2005 Adelaide Film Festival. The live performance featured actor/singer Astrid Pill as vocalist, musician Zoe Barry as cellist, Tyson Hopprich on turntables and beats and Benjamin Speed on computer, samples and fx. The soundtrack has been described by saying:

“ Their infectious and unique approach ranges from Germanic trip hop and lo-fi electronica to unforgettable classical and breathtaking cinematica.” ”
The project collected reviews such as

“ (The New Pollutants') Metropolis was a once in a lifetime experience... Speed and Hopprich’s score was a gift - Adelaide Advertiser ”
“ Rarely do such experiences leave one so breathless... The New Pollutants match, and in many ways surpass the genius of Lang’s vision, by making it vibrant, topical and alive. - Peter Wintonick ”
“ All i can say is that if you didn't see this you really missed out because i don't think you'll ever get a chance to experience Metropolis in quite this way again... seeing it with a new soundtrack played live by The New Pollutants was at times literally breathtaking. - Empire TImes
The new pollutants composition "Kidnap theme", from their rescoring of Metropolis appears on our compilation "Odyssey of Rapture vol. 1"