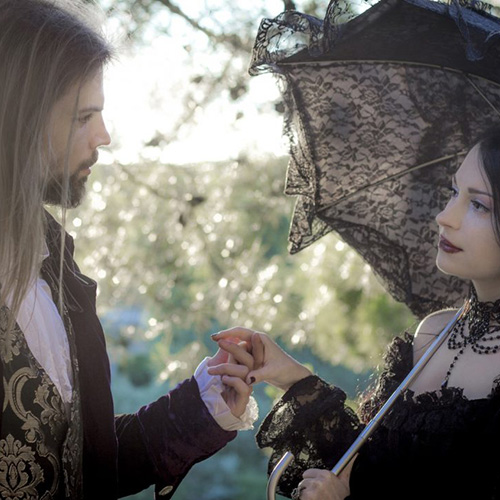 Lacrymosa Aeterna is a Dark Symphonic Duet Band from Greece. The idea of Lacrymosa Aeterna was born while George and Debbie were making Piano-Vocal covers. After their first live performance on 14th December 2013 during a Christmas event at Oneiroupoli Drama's they started thinking of creating their own songs.

George started composing and producing their debut song "Whispers" that was finally released in February of 2014. Three songs followed during this year.
On May of 2015 they self-released their first  EP    "Fables" including 5 songs total. They have also released two official video clips,
"Twilight's Spell" and a cover song by Game of Thrones "Rains of Castamere".

The breath-taking nature, enchanting fairytales, mythical creatures and the mystical essence of emotions are some of the elements of their inspiration.