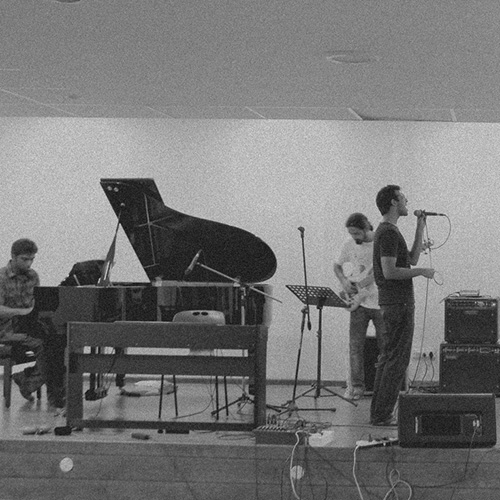 Born in the small town of Ghaziabad near New Delhi, India, Madhav Agarwal was raised by a family of music-lovers, and was exposed to music from a very young age. When he was 8 years old, he started listening to and singing a lot of Ghazals, a poetic form consisting of couplets written in Urdu and Hindi, a taste cultivated in him by his father. Soon, his official training in Indian Classical Music was started, a training which eventually ended in 2010 after he completed his Baccalaureate in Vocal Indian Classical Music from the Prayag Sangit Samiti in Allahabad, India.

When he was 13 years old, Madhav was introduced to Western Music, and before he knew it, he was into a lot of contemporary folk music. Ever since, Madhav has been writing poetry and songs. The music he makes is a manifestation of the music that has inspired him all his life. It gravitates towards a deep-rooted love for melody and atmosphere.
​
In 2012, Madhav completed a semester diploma in contemporary music harmony and the art of reading/writing music at the Swarnabhoomi Academy of Music in India. He is currently studying Art of Sound at the Royal Conservatoire of the Hague in the Netherlands. .